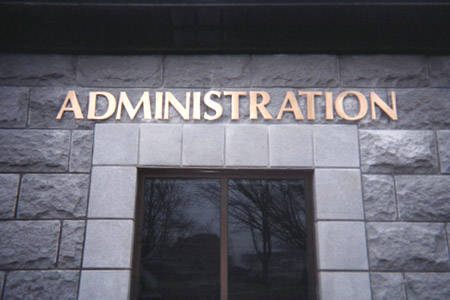 Moga had been in the background for most of the years until it gained certain prominence on 24th November 1995. Its benefactor had been Harcharan Singh Brar. Prior to his efforts, Moga had been no more than a part of Faridkot District. Strategically located on the National Highway 95, you can find Moga distinctly since its substantial expansion with the inclusion of the Dharamkot Block, the erstwhile block of Ferozepur Division. This is now a part of the Moga District and is looked after by the Government bodies in Moga.

The newly enlarged district has fast picked up with time with various industries planning to expand in the area. The Government bodies in Moga have been favorable for some of the industries that have extended solid bases in and around the region. One such noteworthy place as an example is the Nestle Moga, the dairy plant which has had its presence since 1961. There is much more that Moga is known for, among which are an orderly system and a safe and a secure environment in Moga which has been possible due to the Government bodies working in the region.

Local and Government Bodies in Moga

Administratively, Moga has been divided into four subdivisions. They are Moga, Nihal Singh Wala, Baghapurana and Dharamkot. These act as tehsils that act for the welfare of the specific areas that come in their jurisdiction. Also, for better administration, the subdivision has further been done into Moga-II, Moga–I, Baghapurana, Kot-ise Khan and Nihal Singh Wala at Dharamkot. Of the 325 villages in Moga, 324 are inhabited and are looked after by the concerned authorities.

5 of them remain inhabited. To look after the needs of the people are 3 Municipal Councils and one Municipal Panchayat this is at Badhni Kalan. To maintain law and order in the region, there are many police stations that deals and looks into all local complaints and ensure complete order within the region. Much of other hierarchical structure is any other district that is found in the rest of India. Commonly found Governmental services are also found in the area like the facilities of electricity and telephone services.

The Deputy Commissioner of Moga is the Chief Revenue Officer and holds the office of the District Collector too. Some of his important duties entail collection of Revenue and is responsible for the first line of action in cases of natural calamities like extreme rains, draught, floods, hailstorms and fire among others. There are many other functions which come attached with his office, the details of which are laid down in print.

Since Moga was initially under the jurisdiction of Faridkot, among other judicial offices in Moga, significantly, Moga was granted a Sessions Division in the year 2012 April 28. This had been done to bring about speedy decisions for the pending court cases and also to tackle the workload on the existing judiciary bodies. Nihal Singh Wala was declared its subdivision by the April 3rd the same year when Moga had also been declared as Sessions Division.

The District of Moga has a jail of his own and has a capacity of 46 but recent investigations have revealed that the jail is overcrowded and there is an acute necessity to have the living conditions improved in them. The conditions within the jail had been pathetic and Justice Ranjit Singh of the Punjab and Haryana Court who doubles as the inspection judge of the Faridkot Sessions Division directed the region’s administration to make sure that medical facilities be provided to the jail inmates.

Moga has been privy to some great development over the past decade. Some of the important Government links in Moga are:

Moga with its distinct history and geographical uniqueness is gaining popularity and making strides to be functional and known as one of the important areas. The people of Moga have awakened up to better administration. Newer schools and colleges have cropped up among the famous existing ones that look after the educational needs of the region. Industrial set up have also been given their due in the area owing to which the region is prospering by leaps and bounds.

In future, taking a cue from its past, Moga will continue to develop and progress in the same manner as it has been doing in the past decade. As a place of pride, Moga because it has been the birth place of Lala Lajpat Rai, the great freedom fighter who belonged to the Dhudhike village in the Moga District, the district needs to reinvent itself one more time but this time to emerge as an upcoming district with all the best facilities providing a rich and satisfied life for the people who live here.