Moga has been a tehsil in the Faridkot District but this NRI district of Punjab broke away from Faridkot and was made an independent district by the then Chief Minister Harcharan Singh Brar in 1995. Situated in the National Highway 95, the district also was infused with another 150 villages of Dharamkot Block which had previously been under the Ferozpur Division. And thus was founded the Moga District and city by the forefathers of the Gill communities. The duo- Moga Ajit Singh Gill and Moga Mahala Singh Gill were the chief benefactors at that time. 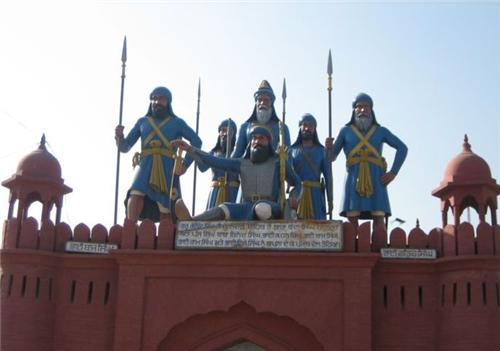 Jats and the Brars in Moga

Sources proclaim the ruling dynasty of the Faridkot and Moga district to be the descendants of Rawal Jaisal who is known more for the city of Jaiselmer in Rajasthan that he founded. Moga district as it is referred to as today have been founded in the 16th century by the descendants of the ruler, Bhallan of the Burai Jats. As a staunch follower of Guru Har Gobindji, he had also extended his help to the Guru in the acclaimed battle of the place of Mehraj. He was succeeded by his nephew Kapura who in his early years despite being a Sikh resisted combat with the Mughals by joining hands with the Guru but later helped him passively and was consequently killed by the Isa Khan Manj. The power passed on to Kapura’s elder son Sukhia who resumed the control of the region in 1720.

Disputes perused between Sukhia’s sons and it resulted in the segregation of the land in 1763 between Sardar Jodh Singh Brar and Sardar Hamir Singh Brar. The younger brother now had control over the Faridkot District of which Moga was a part.

The region in which the present day Moga is situated was captured by the famous Ranjit Singh in 1803. Then it had been one of the Cis-Sutlej provinces which came under the British influence post the treaty of Amritsar dated 1809. During 1845 Sikh wars, as a reward for aid given to the British, there state also witnessed an increase in territories. The known last ruler of the region happened to be Lt. HH Farzand-i-sadaat Nishan Hazrat-i-kaisar-i-hind Raja Sir Harindar Singh Brar Bans Bahadur.

The princely rule of Sikh Maharaja of Faridkot came to an end and the new governing body was declared as the Patiala and East Punjab States Union in 1948 right after independence. In November 1995, the Faridkot District had to let go of Moga which was given the status of an independent district.

The city and the district is now a bustling and fast improving region which has been progressing tremendously. The avenues of tourism and business in the region have truly bought the district onto the national map.