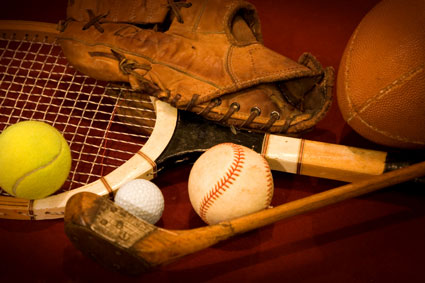 Moga as a distinct district found a new leash of life by Harcharan Singh Brar. Earlier, the district had been a part of the Faridkot region but with its subsequent expansion ever since the Dharamkot block got added to it increased its prestige tremendously. Noteworthy are the efforts of the various institutions in Moga like the Vibes 14, Desh Bhagat Foundation Group of Institutions, Moga which had hosted a Techno Cultural and Sports Festival in Punjab.

Held in February, it gave a chance for the sports enthusiasts of the region to indulge in sporting activities from the forefront and make way for some more new talents to emerge. Sports in Moga have always been the concern of the Government and the related authorities. Owing to which certain institutions and offices have been entrusted with the duties to enhance such events in the region. The result is a mixed one yet the efforts have not been dampened.

Among the stadiums in Moga, there needs to be the mention of the Indoor Stadium which had been built in a staggering cost of 2 crores. It had been inaugurated by the then Chief Minister Parkash Singh Badal. But the irony remains that the stadium has not been able to host a single event since then and has been used only in the elections as a vote counting centre. It occupies an area of 1.5 acres and has been converted from a dried up village pond.

Initially intended for hosting badminton, basketball, wrestling and volleyball championships, the premise also has the infrastructure to train budding sports people. Apart from these, the various schools and institutions have their own sporting ground sand arenas which are used by the students to hone their talents early in life. Much of the earliest development and interests get developed in the school grounds, where the young exhibit their talent for specific sports where their talents lie.

Athletics and Wrestling in Moga

The Moga District has a bright future for wrestling under the patronage of the Wrestling Association and working of the office headed by S. Balraj Singh Buttar who is the acting President for the wrestling events within the district. He is assisted by S. Gurmeet Singh who is the Secretary of the Association. Under their tutelage, a lot of wrestling events have been held within the district and in other districts where the athletes and wrestlers of Moga have had an active participation. In the various tournaments, the athletes have had winnings and losses but as they say they all form a part of their progress in the games and instill the sporting spirit in them.

Boxing in Moga is also encouraged through the District Boxing Championships, where eminent schools like Blooming Buds? students won 3 gold and 3 silver medals. The tournament was held in Bohana and students of the school proved that when it comes to talent there is absolutely no dearth of it in Moga. The role of primary and secondary schools in encouraging such events even in the interschool events give the much required boost to the sports scene of the region.

Cricket in Moga has been made famous by Harmanpreet Kaur back in the year 2012 when she had been selected as vice-captain in the Indian women cricket team. She is supposed to have been regular at the Gian Jyoti College ground near Moga. The stands at the small cricketing stadium had come alive when she returned as the vice- president of the India Cricket team back to her home soil. It was as though the entire cricket related dreams and aspirations of the small town came true in that one moment. Beaming smiles during her visit and an equally proud father of this city?s soil had nothing to say but his expressions said it all.

Possibly prior to this cricketing dreams in the city had seen a surge due to the various top-notch cricketers that the state had produced. There were a lot of Virender Sehwag, Kapil Dev, and Harbhajan Singh in the making as all of these cricket legends had made the state proud. In order to keep the flame alive for cricket pursuits within the district, there have been endeavors by many like the Kips Cricket Academy Moga which tried to assist the talent in the region. There is also the cricket Club Dhudike Moga which made great strides in keeping the people interested in the game. Many inter district matches get played between Moga and other districts that showcases the bright cricketers of the region.

Other Sports in Moga

Moga does not restrict itself to boxing and cricket alone. Sports training in schools encourage the students to participate in district level handball, throw ball, shooting, archery and table tennis too. Equal stress is given to children wishing to show their talent in lawn tennis. The Ambi and Amna Hathur International Kabbaddi Club Moga have a considerable online presence as well with a facebook page showcasing the events and training that they have been conducting. The Google query will reveal their workings and the various activities that they have been indulging in.

The person entrusted with the sporting development in the region is Kartar Singh who is the acting district sports officer. His constant intervention and support in the event and planning of sports related endeavors in the state has been fruitful for some extent but a lot needs to be done in the field. Moga has the capacity to churn out great sports people but just as it the case elsewhere, the lack of the correct facilities have not been able to create conducive environment for the development of the sports and the sportsmen in the region.

But the process is on and some of the institutions are doing remarkable progress in the field. The hope is Moga will be able to provide the district and the country world class sportsmen who will bring the name of the district forward and make the country proud.